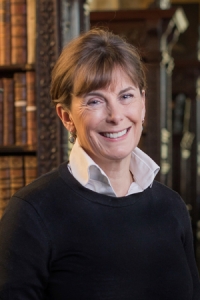 Heather Hancock became Master-Elect of St John’s College in November 2019; her Mastership started in October 2020. Heather returns to St John’s having read Land Economy at the College as an undergraduate. Her career and personal interests have always revolved around urban and rural land-use, making places where people live, work, invest and enjoy, and environments that deliver public good.

Heather chaired the Food Standards Agency, a non-Ministerial government department, and regulator of the food and feed industries, from 2015-2020. Before this, she was a Managing Partner at Deloitte LLP, with UK leadership for innovation, brand and talent; she also served in Deloitte’s global senior leadership. Heather was a Strategy consultant, specialising in governance and strategy for novel ventures, and in complex programme leadership. She headed the firm’s global services to the Olympic movement. Prior to joining Deloitte in 2003, Heather held a series of CEO and senior civil service roles in the public sector, with a consistent theme of large-scale urban and rural regeneration and land management.

Heather was a Trustee of the Prince’s Trust, the UK’s biggest youth charity, for over a decade, chaired the BBC’s rural affairs committee from 2003-2010 and, in 2013-14, was commissioned by the BBC Trust to investigate and report on bias and impartiality in the BBC’s rural affairs coverage. She was Deputy Chair of the World Athletics Championships and Paralympic Athletics Championships from 2013-2016. Heather was appointed Lieutenant of the Royal Victorian Order in the 2012 New Year Honours, and she is a Deputy Lieutenant of North Yorkshire. She currently holds a number of non-executive roles, including as a non-executive Director of Rural Solutions Ltd, and of Urban Logistics REIT plc. 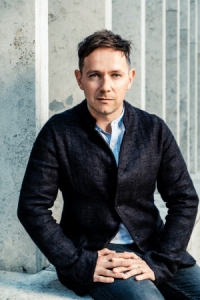 In 2017 Iestyn received an Olivier Award nomination for singing the role of Farinelli in Farinelli and the King with Mark Rylance, a Globe Theatre production which was revived in the West End and on Broadway.

Celebrated on the concert platform, he has performed at La Scala Milan, the Concertgebouw in Amsterdam, Tonhalle in Zurich, Théâtre des Champs-Élysées in Paris, at the Barbican in London and Lincoln Centre New York. Recent highlights include concerts with William Christie and the Royal Concertgebouw Orchestra, Bernard Labadie and Les Violons du Roy and the Handel & Haydn Society, Jonathan Cohen and Arcangelo at the BBC Proms, and a highly acclaimed performance of Gluck’s Orfeo ed Euridice at the 2019 Edinburgh International Festival with Labadie and the English Concert. This season he joins Fretwork for  Purcell and Nyman in an extensive tour of the U.S., Laurence Cummings and the Orchestra of the Age of Enlightenment in Bucharest for Orfeo, Harry Bicket and the New York Philharmonic for Messiah, Emmanuel Haim and the NDR Elbphilharmonie Orchestra for the St. John Passion, and will sing the world premiere of Tim Watts’ A World in the Moone on tour with the Britten Sinfonia.

A committed recitalist, with repertoire ranging from Dowland to Clapton, he is a regular guest at Carnegie Hall, New York and has curated residencies at both the Wigmore Hall and Saffron Hall. At the start of the season, Iestyn celebrated his 40th birthday with a special concert at the Wigmore Hall, where he was presented their prestigious Gold Medal.

Iestyn has twice been awarded the Gramophone Recital Award, and in 2017 won the Gramophone Baroque Vocal Award for his Bach Cantatas disc with Arcangelo and Jonathan Cohen. In 2017 he was awarded an MBE for his services to music. 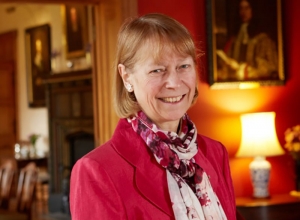 Mary Dobson is an historian of medicine with wide ranging interests in global health.  She read Geography at St. Hugh’s College, University of Oxford, and was awarded a BA with First Class honours in 1976 and a DPhil at Nuffield College, Oxford, in 1982. She is the author of numerous publications ranging from academic articles and monographs to popular science and history.  She has held a number of prestigious Research Fellowships (including a Harkness Fellowship at Harvard University) and was Director of the Wellcome Unit for the History of Medicine and Fellow of Green Templeton College, Oxford. 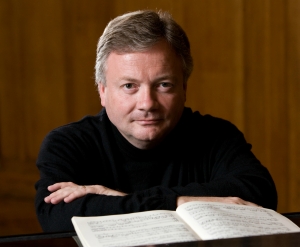 Born in Carlisle and educated at Chetham’s School of Music, of which he is now a Governor, he was made a Fellow of the Royal College of Organists at the remarkably young age of 17. Having been Organ Scholar at St John’s College, Cambridge, David Hill returned to hold the post of Director of Music from 2004-2007. His other appointments have included Master of the Music at Winchester Cathedral, Master of the Music at Westminster Cathedral and Artistic Director of the Philharmonia Chorus. He holds an Honorary Doctorate from the University of Southampton for Services to Music.

David Hill has a broad-ranging discography covering repertoire from Thomas Tallis to a number of world premiere recordings. As well as achieving prestigious Grammy and Gramophone Awards, many of his discs have been recommended as Critic’s Choices. His ongoing series of English choral music for Naxos has received particular acclaim including being shortlisted for the 2010 Gramophone Awards.

In 2018, David Hill was awarded an MBE in the New Year's Honours for services to music. 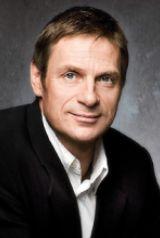 Simon Keenlyside is one of Britain's most sought after and charismatic singers, noted for his versatility and highly charged performances on stage. He has been acclaimed for Billy Budd and Prospero in the world première of Thomas Ades' 'The Tempest' at the Royal Opera House; Count Almaviva in Milan and Vienna under Muti; Don Giovanni in Ferrara under Abbado, Pelleas in San Francisco, Geneva, Paris, and most recently in Salzburg, Berlin and London under Rattle, his first Wozzeck at the Paris Opera, and Posa (Don Carlos) at the Royal Opera House under Pappano.

He has recorded 'Des Knaben Wunderhorn' under Rattle, the title role in Don Giovanni under Abbado, Carmina Burana under Thielemann, Marcello in La Bohème under Chailly, the title role in Billy Budd under Hickox, Count Almaviva under Jacobs and Papageno under Mackerras. Since appearing in recital at La Scala in 1998 he has gone on to give recitals all over the world. Simon will return to the Metropolitan Opera (Hamlet), the Royal Opera House (Macbeth) and the Viena State Opera (Macbeth, Posa and Wozzeck). For Sony BMG Simon has released an orchestral arias disc, which won the Gramophone 2007 best recital award, an operetta disc with Angelika Kirchschlager and his latest release is a recital disc with Malcolm Martineau of Brahms Lieder and Schumann's Dichterliebe.

In 2018, Simon Keenlyside was awarded a knighthood in the Queen's Birthday Honours for services to music. 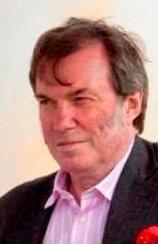 David Pountney became internationally known through his production of Katya Kabanova at the 1972 Wexford Festival. Between 1975-80, David Pountney was Director of Production for Scottish Opera. His productions there featured a Janacek cycle in collaboration with Welsh National Opera of Jenufa, House of the Dead, The Makropulos Case, Katya Kabanova and The Cunning Little Vixen. He produced the world première of David Blake's Toussaint in 1977 at English National Opera and went on to become Director of Productions in 1980, directing over twenty operas including Rusalka, Osud, The Midsummer Marriage, Doctor Faust, Lady Macbeth of Mtsensk, Hansel and Gretel, The Adventures of Mr Broucek and The Fairy Queen.

He has directed over ten world premieres, including two by Sir Peter Maxwell Davies for which he also wrote the libretto, and has translated many operas into English from Russian, Czech, German and Italian.

As a freelance Director from 1992 he has worked regularly in Zürich, at the Vienna State Opera, at the Bayerische Staatsoper Munich as well as opera houses in America and Japan, and in the UK has a long-standing association with Opera North and Welsh National Opera. He received a Janacek medal for his Janacek cycle in Wales and Scotland, and a Martinu medal for his productions of Julietta and Greek Passion at Opera North and the Bregenz Festival. His productions have twice won an Olivier award. He recently directed Die Soldaten for the Ruhr Festival, La Juive and Agrippina in Zurich, Khovanshchina for Welsh National Opera, Carmen at the Bolshoi, and König Roger for the Bregenz Festival where he had been Intendant (2003-2011). Future plans include Die Frau ohne Schatten in Zurich, The Passenger (Weinberg) at the Bregenz Festival and Les Troyens at the Deutsche Oper, Berlin. David was made a CBE and a Chevalier in the French Ordre des Arts et Lettres in 1993.

In 2019, David Pountney was awarded a knighthood in the Queen's Birthday Honours for services to opera. 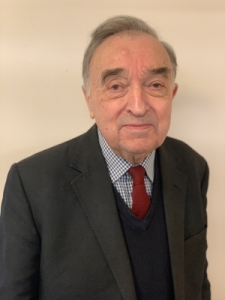 Christopher Robinson was born in 1936 and educated at Rugby and Christ Church, Oxford, where he was Organ Scholar. After a period as Organist and Master of the Choristers at Worcester Cathedral from 1963-75, he moved to St George’s Chapel, Windsor Castle, where he was Organist and Choirmaster until 1991, when he succeeded George Guest as Director of Music at St John’s College. He was conductor of the Oxford Bach Choir from 1976 to 1997 and of the City of Birmingham Choir from 1964 to 2002. As well as conducting most of the large-choir repertoire with the City of Birmingham Choir, there were also concerts of special note. For example, Christopher Robinson’s expertise in and affinity for Elgar’s music produced several highly praised performances of The Dream of Gerontius. In 1981 he conducted Messiaen’s La Transfiguration de Notre Seigneur Jesus Christ and in 1989 two highly acclaimed performances of Tippett’s Mask of Time. The Choir gave a widely praised first performance in England of the Jacobite Rising by Sir Peter Maxwell Davies.

He holds honorary degrees from Birmingham University and the University of Central England and is an honorary member of the Royal Academy of Music. He has been Chairman of the Elgar Society and President of the Royal College of Organists. In 1992 the Queen bestowed on him the honour of Commander of the Victorian Order for his services at Windsor Castle, and in the summer of 2002, the Archbishop of Canterbury made him a Lambeth DMus. He became an Honorary Fellow of the Guild of Church Musicians in Autumn 2003 and received a CBE in the 2004 New Year’s Honours List. Since retirement in 2003 he has continued to be active as a conductor, composer, keyboard player and mentor to young musicians.  In 2006 he was Acting Director of Music at Clare College and from 2015-17 was Mentor to the Organ Scholars at Downing College.  He continues to fulfil regular commitments in Denmark. 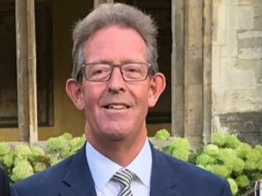 Tim Jones was both a chorister at St John’s and a Choral Student under George Guest. After a spell as a Lay Clerk in Worcester Cathedral Choir, his professional career has been spent largely in choral music, alongside teaching and examining.

As a Vicar Choral in St Paul’s Cathedral Choir (1986-2019), he appeared frequently as a soloist in the annual performances of  Messiah and the Bach Passions and on CD recordings, as well as participating in all the major services held in the Cathedral, celebrating such occasions as HM The Queen’s Golden and Diamond Jubilees, her 90th birthday, HM The Queen Mother’s 100th birthday and the Funeral of Baroness Thatcher of Kesteven.

He has been a member of The Sixteen for over thirty years, travelling extensively and singing in the USA, Australia, Brazil, China, Hong Kong, Japan, Mexico, New Zealand, Russia, Scandinavia, Singapore and throughout Europe. He featured on television in the choir’s much-acclaimed BBC 4 series Sacred Music, presented by former St Paul’s chorister, Sir Simon Russell Beale, and also helps select and coach the young singers on the training programme, Genesis Sixteen.

Management of the Association’s activities and finances is through the elected Executive Committee which meets formally three times a year. Committee members include current members of the College, former members of the Choir and friends and are drawn from a variety of professional and business backgrounds. They work on a voluntary basis. As a College Society, the finances of the Association are overseen by the College Bursar, to maximise the use of funds. All funds other than those used in general administration are used to support the Choir and its past and present members.