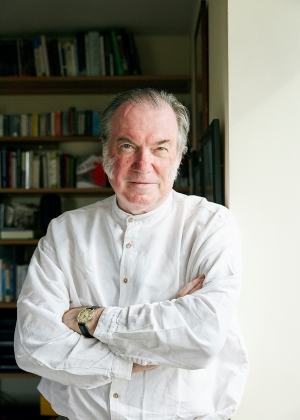 David Pountney became internationally known through his production of Katya Kabanova at the 1972 Wexford Festival. Between 1975-80, David Pountney was Director of Production for Scottish Opera. His productions there featured a Janacek cycle in collaboration with Welsh National Opera of Jenufa, House of the Dead, The Makropulos Case, Katya Kabanova and The Cunning Little Vixen. He produced the world première of David Blake's Toussaint in 1977 at English National Opera and went on to become Director of Productions in 1980, directing over twenty operas including Rusalka, Osud, The Midsummer Marriage, Doctor Faust, Lady Macbeth of Mtsensk, Hansel and Gretel, The Adventures of Mr Broucek and The Fairy Queen.

He has directed over ten world premieres, including two by Sir Peter Maxwell Davies for which he also wrote the libretto, and has translated many operas into English from Russian, Czech, German and Italian.

As a freelance Director from 1992 he has worked regularly in Zürich, at the Vienna State Opera, at the Bayerische Staatsoper Munich as well as opera houses in America and Japan, and in the UK has a long-standing association with Opera North and Welsh National Opera. He received a Janacek medal for his Janacek cycle in Wales and Scotland, and a Martinu medal for his productions of Julietta and Greek Passion at Opera North and the Bregenz Festival. His productions have twice won an Olivier award. He recently directed Die Soldaten for the Ruhr Festival, La Juive and Agrippina in Zurich, Khovanshchina for Welsh National Opera, Carmen at the Bolshoi, and König Roger for the Bregenz Festival where he had been Intendant (2003-2011). Future plans include Die Frau ohne Schatten in Zurich, The Passenger (Weinberg) at the Bregenz Festival and Les Troyens at the Deutsche Oper, Berlin. David was made a CBE and a Chevalier in the French Ordre des Arts et Lettres in 1993.

In 2019, David Pountney was awarded a knighthood in the Queen's Birthday Honours for services to opera.

END_OF_DOCUMENT_TOKEN_TO_BE_REPLACED
Nethsingha is his own man and absolutely his own musician, which is why his choir continues to evolve and lead