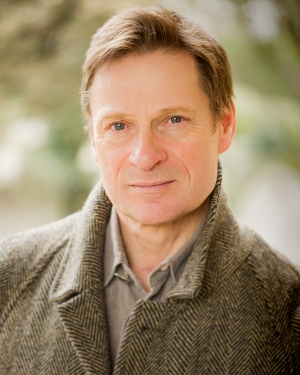 Simon Keenlyside is one of Britain's most sought after and charismatic singers, noted for his versatility and highly charged performances on stage. He has been acclaimed for Billy Budd and Prospero in the world première of Thomas Ades' 'The Tempest' at the Royal Opera House; Count Almaviva in Milan and Vienna under Muti; Don Giovanni in Ferrara under Abbado, Pelleas in San Francisco, Geneva, Paris, and most recently in Salzburg, Berlin and London under Rattle, his first Wozzeck at the Paris Opera, and Posa (Don Carlos) at the Royal Opera House under Pappano.

He has recorded 'Des Knaben Wunderhorn' under Rattle, the title role in Don Giovanni under Abbado, Carmina Burana under Thielemann, Marcello in La Bohème under Chailly, the title role in Billy Budd under Hickox, Count Almaviva under Jacobs and Papageno under Mackerras. Since appearing in recital at La Scala in 1998 he has gone on to give recitals all over the world. Simon will return to the Metropolitan Opera (Hamlet), the Royal Opera House (Macbeth) and the Viena State Opera (Macbeth, Posa and Wozzeck). For Sony BMG Simon has released an orchestral arias disc, which won the Gramophone 2007 best recital award, an operetta disc with Angelika Kirchschlager and his latest release is a recital disc with Malcolm Martineau of Brahms Lieder and Schumann's Dichterliebe.

In 2018, Simon Keenlyside was awarded a knighthood in the Queen's Birthday Honours for services to music.

END_OF_DOCUMENT_TOKEN_TO_BE_REPLACED
Nethsingha is his own man and absolutely his own musician, which is why his choir continues to evolve and lead