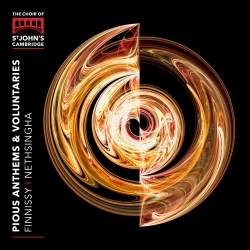 Pious Anthems & Voluntaries features a new nine-part cycle, inspired by the architecture of the College and its Chapel, and composed by Michael Finnissy, St John's Composer in Residence 2016-19.

Michael Finnissy's first work for the Choir, John the Baptist, was commissioned for the 2014 Advent Carol Service, and went on to win the British Composer Award for Liturgical Music (now known as the Ivors Awards). The piece was later recorded for the album Christmas with St John's. In November 2020, Pious Anthems & Voluntaries was also nominated for an Ivors Composer Award.

★★★★★ Performance ★★★★★ Recording: Nethsingha and his forces do [Finnissy's music] proud. Indeed one of their greatest achievements is to make the music sound as lived-in as more customary chapel fare such as Byrd or Howells

Finnissy's work of genius – my word, not one that I bandy about lightly... is, in fact, magnificent

The album is beautifully recorded, and it will reveal a whole new dimension of this composer to those familiar only with this virtuoso piano music and political vocal works 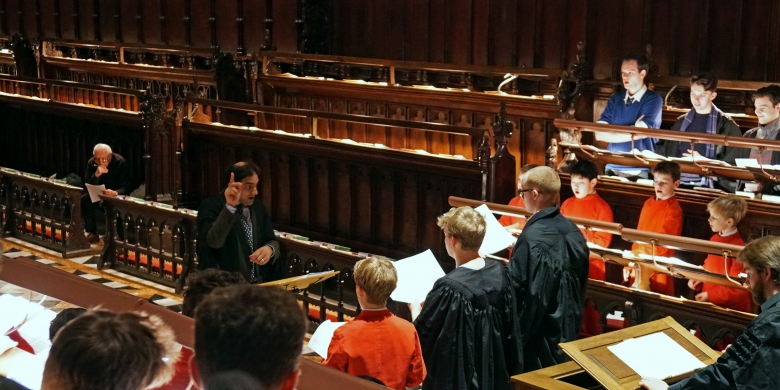 Rehearsals for the first work of the cycle Videte miraculum in February 2018, with Michael Finnissy listening © James Beddoe

END_OF_DOCUMENT_TOKEN_TO_BE_REPLACED
Nethsingha is his own man and absolutely his own musician, which is why his choir continues to evolve and lead