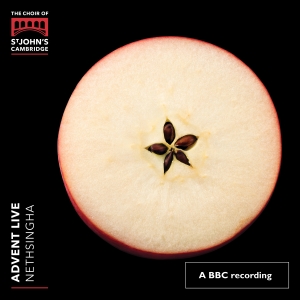 'Advent Live' is our first album to feature a selection of live recordings from four of our Advent Carol Services, which have been broadcast every year by BBC Radio 3 since 1981.

The disc includes numerous works that were written for the Choir, and also features words and music composed and arranged by members of St John's College, including former choral student James Burton, former organ students Stephen Cleobury and Ian Shaw, current fellow Tim Watts, and William Wordsworth, who matriculated from St John's in 1787.

Owing to the emergency restrictions in place during the current Coronavirus pandemic, St John’s College regrets that the Chapel Choir is unable to tour to the United States of America at this time.