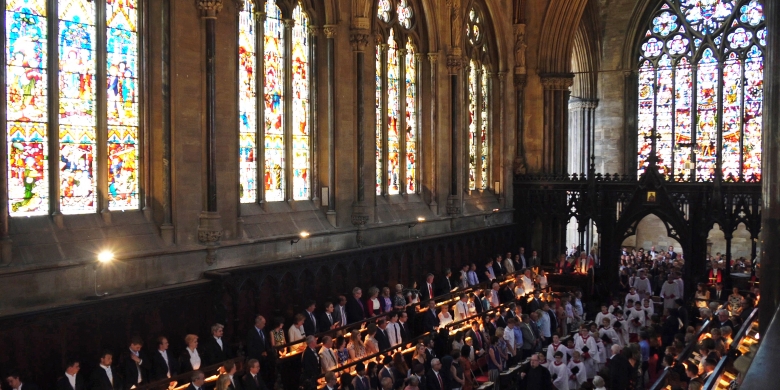 The Choir featured twice on BBC Radio 3 this weekend.

The service is available to listen to live here (as well as on FM Radio) and will be available for a month following the broadcast.

Advent Live – our most recent release on the ‘St John’s Cambridge’ record label – featured in the new releases section of ‘Record Review’ with Jeremy Summerly on Saturday 1st December. The album features a selection of live recordings of the Advent Carol Services from 2014-2017.

The Advent Carol Services at St John’s have been broadcast annually by the BBC since 1981. New works have been commissioned for the service every year since 2008, and this year’s is A prayer to St John the Baptist by Cecilia McDowall.

If you would like to follow the Order of Service whilst listening to the broadcast, this is available as an attachment below.

Recorded on
Listen now
END_OF_DOCUMENT_TOKEN_TO_BE_REPLACED
The contribution of Andrew Nethsingha and St John's College, Cambridge to the Evensong tradition - both in the chapel and on record - deserves great praise