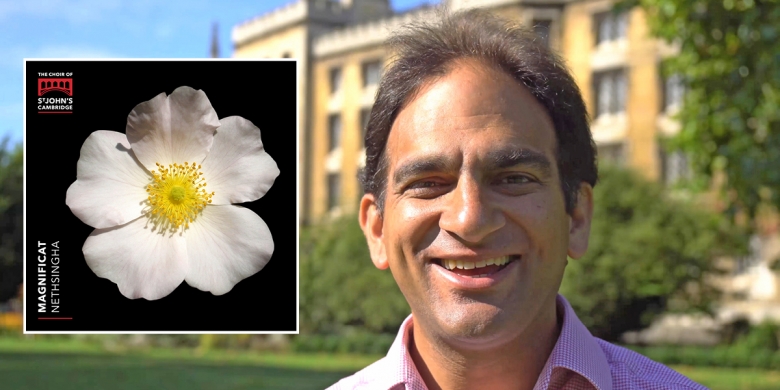 Andrew Nethsingha discusses the story of Leighton's 'Second Service', commissioned in memory of former St John's Organ Scholar Brian Runnett, who was killed in a car crash. Read along whilst listening to Leighton's 'Nunc Dimittis' from the Choir's forthcoming album below.

This work was composed in 1972 in memory of one of the most brilliant organists of his generation, Brian Runnett, a former St John’s Organ Scholar. The 35-year-old Runnett, who had been Organist of Norwich Cathedral for three years, was killed in a car crash whilst driving to his parents’ home in Southport after giving an organ recital at Westminster Abbey.

In commissioning the work the Cathedral Organists’ Association turned to Kenneth Leighton (1929-1988), who had sung in choirs at Wakefield Cathedral and Queen’s College, Oxford, where he particularly valued his exposure to sixteenth-century counterpoint. Like Stanford, Leighton read Classics at University. Unlike Stanford, he studied for a music degree at the same time! Leighton was later taught by Goffredo Petrassi in Rome. Amongst the features of his musical language are melodic lyricism, expressive intensity and directness, and assured contrapuntal technique. Thomas Lancaster has commented on Leighton’s special ability to build climaxes, a skill which I feel is shared by Howells. He balanced his composition with a career in University teaching, culminating in his appointment as Reid Professor of Music at Edinburgh University. Julia Craig-McFeely has written that ‘Leighton did much to keep alive and transform the Victorian tradition of English Church Music, purge its piety and drag it into the (late) twentieth century’.

The ritualistic repeated pattern of daily Evensong is reflected by the many ostinasti used in Leighton’s work, right from the first bar. The Lydian mode opening could be heard as a lament for Runnett – compare the start of Mozart’s Lacrimosa – but at the same time it is a rocking lullaby for Mary’s unborn child. The music grows from an embryonic single note in Mary’s womb. There may be playfulness in the dance-rhythms of For he that is mighty, but this is eradicated as the next arc of music reaches its powerful climax at He hath put down the mighty from their seat. The tension eventually dissipates as the rich are sent away empty-handed. He remembering and, later, For mine eyes give examples of a characteristic Leighton three-part choral texture; sopranos and altos are separate, but tenors and basses share a melodic line. Is it too far-fetched to point out that the melodic contour of He remembering is similar to the Trompeta opening to Tippett’s canticles written a decade earlier? Runnett had been the organist for the Tippett premiere. There is an alluring sense of timelessness in the arching phrases of Abraham and his seed for ever.

For the start of the first Gloria, Leighton recapitulates the Magnificat’s initial music. However, the bright purity of that opening is replaced by a smouldering quality when transposed down a tenth. A striking moment occurs at world without end: Leighton had created a sense of warm security at is now, and ever shall be, enhanced by the ceaselessly rocking ostinato, but the sudden bleak D minor pianissimo organ chord drains all the colour from one’s face, as though one had just heard the news of Runnett’s death. Leighton’s music for world without end is mournful in the extreme, with clashing early entries adding to the unease and search for explanation. The Magnificat, which started on a single F, comes to rest in the very remote world of C-sharp major. There is, however, a glowing hope in this final chord, unlike the bleakness at the end of the other canticle. The F to C-sharp trajectory of the first canticle is later mirrored by the C-sharp to F trajectory of the Nunc Dimittis Gloria.

Like the Magnificat, the Nunc Dimittis grows organically out of a single note. Lord now lettest thou provides the first of several occasions when second-inversion chords are used as a point of arrival, a device found in other Leighton works including the Preces and Responses. Simeon asks God to let him die in peace, and immediately we hear the peal of bells welcoming him to the gate of heaven. Distant celestial bells continue to be heard later, as in the organ at and ever shall be. The key change which precedes For mine eyes have seen thy salvation signifies the moment of revelation; as Stanford had done in his Nunc Dimittis, Leighton suddenly turns from mourning to optimism. A driving rhythm accompanies to be a light as the Christian message spreads around the globe. The ecstatic, blinding vision of the glory of thy people Israel crumples aimlessly, like a forgotten dream, as our minds are drawn back to mourning Runnett in the Gloria. The tortured and unfulfilled search for meaning continues right up to the final Amens. The music of the organ introduction is reprised in the penultimate Amen – perfect symmetry, one might say – and yet there is a sense of incompleteness. Whereas works like the Requiems by Fauré and Duruflé seek to provide consolation and closure to the bereaved, Leighton leaves us still grieving; the listener is not yet at peace. We are back in F, as we should be in a classical sense – it’s where the Magnificat began – and yet we feel so far from where we started.

Runnett’s successor as St John’s Organ Scholar, Jonathan Bielby, recalls a conversation with Leighton in the 1980s when the composer was complaining about university bureaucracy and administration, and looking forward to more time for composing in retirement. Alas, that was never to be; Leighton, like Runnett, was to die before his time.

Leighton's 'Second Service' appears on the Choir's album Magnificat, which is released on Friday 25 October.

Recorded on
Listen now
END_OF_DOCUMENT_TOKEN_TO_BE_REPLACED
Nethsingha is his own man and absolutely his own musician, which is why his choir continues to evolve and lead