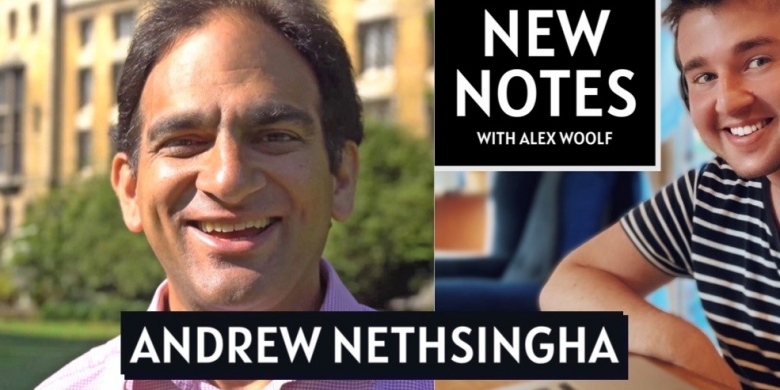 Andrew discusses some of the Choir's most recent projects, including our collaboration with Composer in Residence Michael Finnissy on the cycle Pious Anthems & Voluntaries; our 2018 Advent Commission A Prayer to St John the Baptist by Cecilia McDowall, which will feature on our forthcoming release, Advent Live - Volume 2; and Giles Swayne's Magnificat I, which will appear on the Magnificat - Volume 2 in April 2021.

Alex has been able to invite an amazing line-up of guests, including Johnian conductor Stephanie Childress and harpist Anne Denholm (both of whom have performed with us on many occasions, including on some of our albums). Other guests from across the music industry include Master of the Queen's Music Judith Weir, Chief Executive of Aldeburgh Music Roger Wright, mezzo-soprano Alice Coote, broadcaster and Director of Music at Pembroke College Anna Lapwood, saxophonist Jess Gillam, and pianist Joseph Middleton. You can listen back to all of these episodes here.

Alex is an award-winning composer who studied Music at St John's College 2013-16. Since his studies with us, his music has been performed by artists and ensembles including Sir James Galway, the BBC Philharmonic, London Symphony Orchestra, Alice Coote, and the Orchestra of the Royal Opera House. He wrote the men's voice anthem O vos omnes for the College Choir in 2016, which features on our album Locus Iste. He also composed several works for our sister choir St John's Voices, an ensemble of which he was a member during his studies at Cambridge.