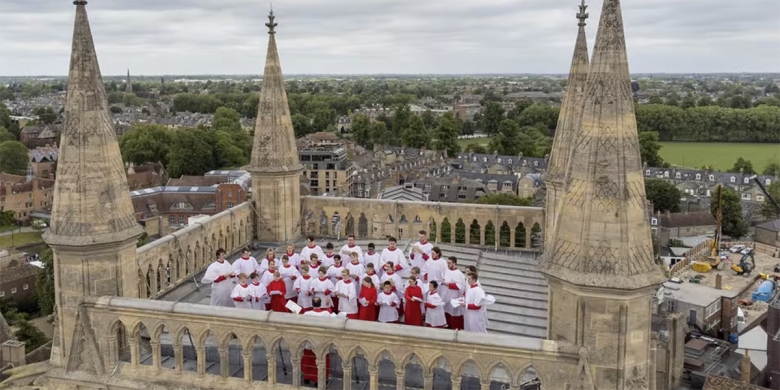 For the first time since 2018, the entire choir ascended the 164ft Chapel Tower for the Ascension Day service, a tradition that dates back to 1902. It was also the first such occasion where we had girls singing with the choir, as our three new probationers sang with us.

The tradition - which usually takes place annually - began after a conversation between St John's Organist Cyril Rootham and College Fellow Sir Joseph Larmor, who insisted a choir singing from the top of the tower would not be heard on the ground.

Mr Rootham proved Sir Joseph wrong after arranging for a choir to climb to the rooftop and sing without telling anyone.

The service received national press attention, with photos and video of the event featuring with outlets that included The Times, The Independent and BBC News. Martin Bond of 'A Cambridge Diary' also attended, and you can see his photographs of the event here.

Recorded on
Listen now
END_OF_DOCUMENT_TOKEN_TO_BE_REPLACED
Nethsingha is his own man and absolutely his own musician, which is why his choir continues to evolve and lead