Four former members of the Choir will feature in the online series from the Boxgrove Choral Festival 2021, to be released from Sunday 12th September. Former Choral Scholars Simon Grant, Gopal Kambo, and Louis Watkins will appear as members of the Beaufort Singers, directed by former Organ Scholar Joseph Wicks.

The following events will be streamed here on OnJam, and will continue to be available on demand until Wednesday 15th November:

A Festival Pass that features all four performances costs £15, and a festival programme can be sent to you for an extra £5. There is the option to offer a pass as a gift to friends and family.

The Beaufort Singers (named after Lady Margaret Beaufort, co-founder of St John's College) was formed in 2016 by Joseph Wicks whilst Organ Scholar at St John's, and it was with this ensemble that the Boxgrove Choral Festival began in 2018. The choir specialises in the performance of 20th and 21st century choral music, and amongst its seminal projects were performances of James MacMillan’s Seven Last Words From The Cross and Rachmaninov’s All-Night Vigil, both performed in the chapel of St John’s College. It is also hugely passionate about investing in the future of choral music and has regularly commissioned new works from composers such as former member of the College Choir, Piers Kennedy (April & Nunc Dimittis) and Owain Park (For The Fallen).

The 2021 Boxgrove Festival took place from 2nd - 5th September at Boxgrove Priory in West Sussex. The festival concluded with a Mass which ended with a performance of the Vaughan Williams Te Deum conducted by former St John's Director of Music, Christopher Robinson. 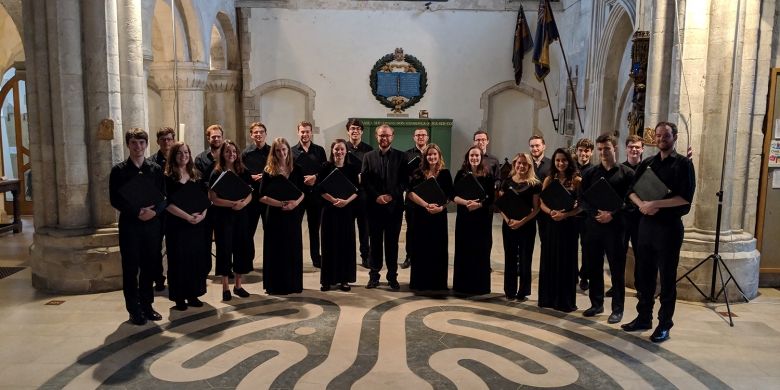 Recorded on
Listen now
END_OF_DOCUMENT_TOKEN_TO_BE_REPLACED
Nethsingha is his own man and absolutely his own musician, which is why his choir continues to evolve and lead