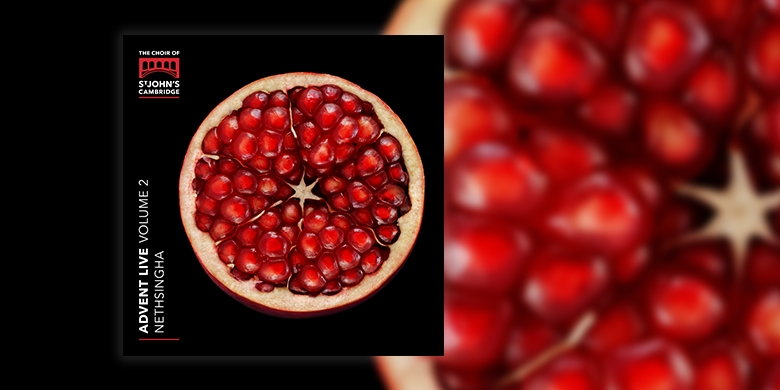 Our latest album Advent Live - Volume 2 will be released on Friday 27th November, the day before the weekend of the 2020 Advent Carol Services. The album is available to pre-order here.

The album features many classics of the Advent repertoire, including Otto Goldschmidt's A tender shoot, which appears on our first commercial recording released in 1958. Since 2008, our Director of Music Andrew Nethsingha began the practice of commissioning a new work for each Advent service, which has been made possible by a generous donation by an anonymous donor. This album features four of those commissions: Gabriel Jackson's Vox clara ecce intonat (2013), Cecilia McDowall's A Prayer to St John the Baptist (2018), Judith Bingham's An Introduction to Hark, the glad sound (2019), and the first commission in the annual series, John McCabe's The last and greatest Herald.

Andrew recently shared a list of some of his favourite Advent pieces with BBC Music Magazine. His list included the Howells, McDowall, and Goldschmidt that appear on this album.

Judith Bingham will be speaking on BBC Radio 3's 'In Tune' on Thursday 26th November at approximately 5:15 p.m. to talk about some of her most recent works, including An Introduction to Hark, the Glad Sound.

The three Organ Scholars whose performances feature on the album recently met online with Andrew to reminisce over their Advent experiences. Tim Ravalde and Glen Dempsey are now organists at Chichester and Ely cathedrals respectively, and James Anderson-Besant will be performing at this year's Advent services. Andrew Nethsingha was himself a St John's College Organ Scholar, playing for the Choir under former Director of Music George Guest. You can see their discussion in the video below:

Recorded on
Listen now
END_OF_DOCUMENT_TOKEN_TO_BE_REPLACED
Nethsingha is his own man and absolutely his own musician, which is why his choir continues to evolve and lead