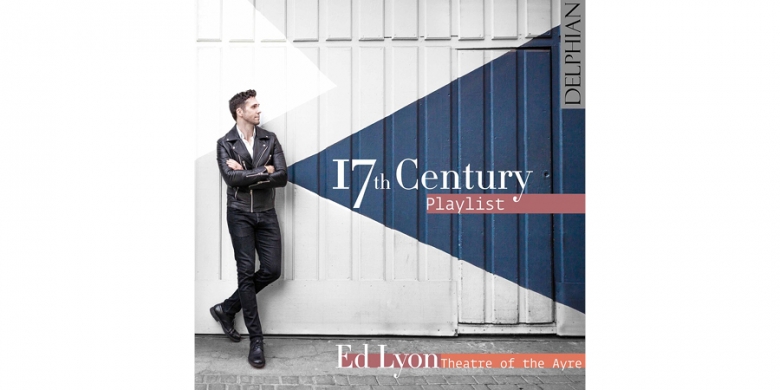 Recorded with Delphian Records, the album is inspired by the immediacy, joy and freedom found in seventeenth-century music.  Joined by Theatre of the Ayre – a flexible and innovative ensemble led by the lutenist Elizabeth Kenny – Ed has conceived his very own ‘playlist’: a live mixtape of the songs, simultaneously catchy and sophisticated, which became earworms for the listeners of their day.

One of Britain’s most sought-after and versatile tenors, Ed Lyon studied at St John’s College Cambridge, the Royal Academy and the National Opera Studio. He enjoys an international career in a wide repertoire ranging from the baroque to contemporary music and has appeared in many of the world’s leading opera and concert venues including the Royal Opera House Covent Garden, Glyndebourne Festival Opera, the Bayerische Staatsoper Munich, the Netherlands Opera, the Teatro Real Madrid, the Aix, Edinburgh, Holland and Aldeburgh Festivals, Théâtre du Châtelet Paris, BAM New York, the Theater an der Wien and the BBC Proms, with conductors including Antonio Pappano, William Christie, René Jacobs, Ivor Bolton, Emmanuelle Haïm, Teodor Currentzis and Christian Curnyn.

"One of Britain’s most sought-after and versatile tenors, Ed Lyon studied at St John’s College Cambridge, the Royal Academy and the National Opera Studio."

Recorded on
Listen now
END_OF_DOCUMENT_TOKEN_TO_BE_REPLACED
Nethsingha is his own man and absolutely his own musician, which is why his choir continues to evolve and lead