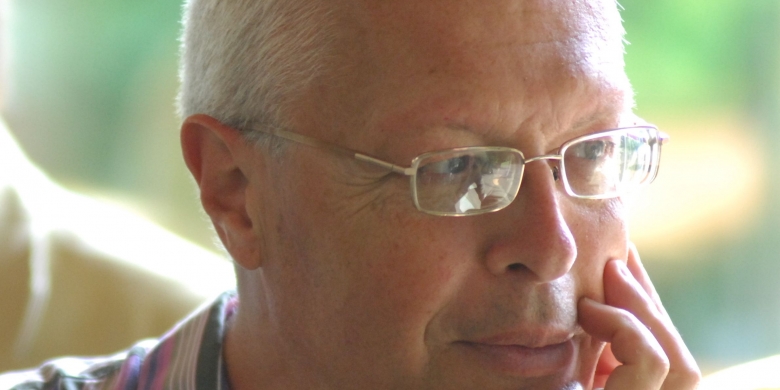 The Choir is very excited to be performing the first of the commissions written by Michael Finnissy, the first Composer in Residence at St John's College. The piece will be performed as the anthem at Evensong on Saturday, 13th May.

Dum transisset Sabbatum draws influence from the sixteenth-century setting of the same words by John Taverner, which will also be performed at Evensong as the Introit, along with Walton's Chichester Service. It is the first of four new anthems and five organ 'reflections' to be written by the composer during his residency which will last until 2019, the 150th anniversary of the completion of St John's College Chapel.

Finnissy - who's relationship with St John's has included the composition John the Baptist in 2015, which won him a British Composer award - is thrilled to be composing again for the Choir: “This Residency came about in the best possible way: from previous, rewarding and successful, work with the choir and Andrew Nethsingha. The new works for St John’s College Cambridge will find their material in the music of the eponymous composers. The material is re-located, destabilised, re-visioned from different angles. Sometimes it sounds deceptively like the named composers, or like more and more distant memories of their work, or apparently remote, alienated in manner and style from it. This is also a way of examining and reflecting on our musical culture, in which new Art Music is marginalised and almost completely overwhelmed by the past, or by venal commercialism.”

On the meaning of Dum transisset Sabbatum he said: "It is early in the morning, three women come to anoint the body of the Son of God, but his tomb is empty.

"Following Taverner's example, I do not paint the moment-to-moment emotion, puzzlement and confusion, but remain calm moving towards the mysterious and miraculous outcome of this scene: text and music are for contemplation."

Evensong on Saturday 13th is at 6:30 pm and is open to the public. A full music list for the service is available here.