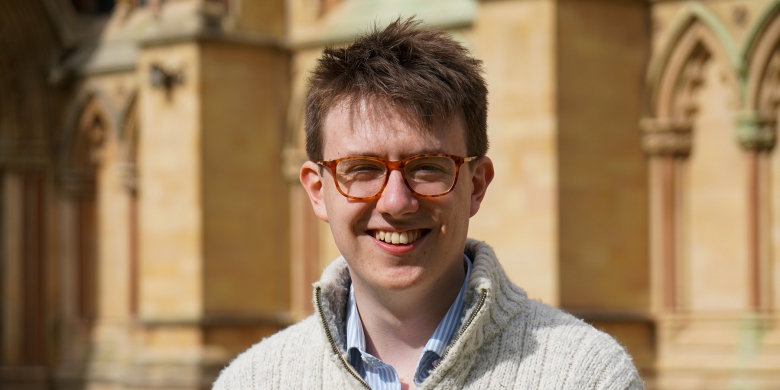 It gives us great pleasure to announce that James Anderson-Besant – the current Assistant Organist at St John’s – has been appointed Assistant Director of Music at Exeter Cathedral for September 2021.

James’s regular duties will include assisting the Director of Music, Timothy Noon, in the training of the Choir, and taking the role of principal accompanist for cathedral services, performing on Exeter’s renowned Harrison & Harrison organ. He will play a key role in instructing the choristers and in outreach activities, and he will direct the St Peter’s Singers, the cathedral’s 30-strong auditioned voluntary choir. 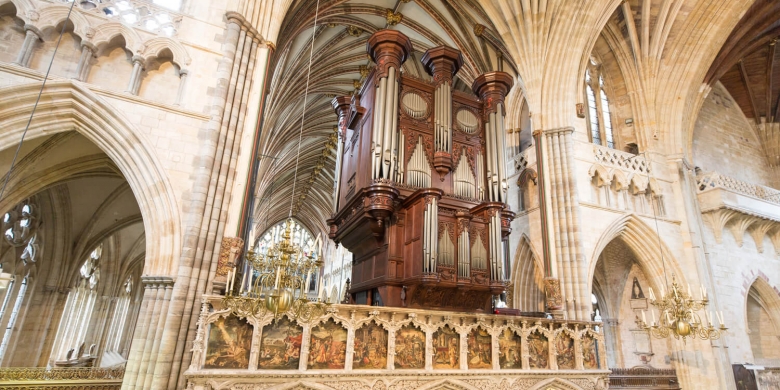 “I am absolutely delighted to have been appointed Assistant Director of Music at Exeter Cathedral. It will be a privilege to work within the renowned music department and have the opportunity to contribute to the Cathedral's rich and varied musical tradition. Everyone I met at the interview was very friendly and welcoming, and I can't wait to immerse myself in the life of the building and its music-making.”

Andrew Nethsingha said of the appointment:

“I am delighted that James has been appointed to this post; it’s a great achievement and very well-deserved. Exeter is an extremely beautiful Cathedral. The news gives me particular pleasure because I grew up in the shadow of the Cathedral and sang there as a chorister, during my father’s quarter-century as Director of Music. James follows some twenty former St John’s Organ Scholars who have gone on to jobs in Cathedral music, continuing to nurture the choral tradition for future generations. We are extremely proud of James’s achievement and are very grateful for all he has done for us here at St John’s. He will be much missed in College.”

James was a pupil at Abingdon School before taking a gap year as Organ Scholar at Gloucester Cathedral. He became an Organ Scholar at St John's in 2017 where he read music, graduating with a double starred first. As well as assisting with training the choristers and performing with the Choir for its daily activities, recordings, tours and broadcasts, he has also been supervising Cambridge music students in counterpoint and keyboard skills since graduating in 2020.

Whilst at St John's, James has organised and directed performances of Bach's Christmas Oratorio in 2019 and St John Passion in 2020, in addition to conducting St John's Sinfonia for a Cantata Evensong. He has recently given organ recitals at King's, Queens' and St John's Colleges as well as Truro and St Albans Cathedrals, with future performances planned at Stockholm Cathedral and Trinity College, Cambridge. He won second prize at the 2019 Northern Ireland International Organ Competition, and was also Organ Scholar for the Charles Wood Summer School and Festival in Armagh, working under David Hill and Philip Scriven. His current teacher is Stephen Farr, having had lessons for seven years with James Brown.

James recently performed an organ recital released on St John’s College’s Virtual Chapel, which you can view below:

Recorded on
Listen now
END_OF_DOCUMENT_TOKEN_TO_BE_REPLACED
Nethsingha is his own man and absolutely his own musician, which is why his choir continues to evolve and lead