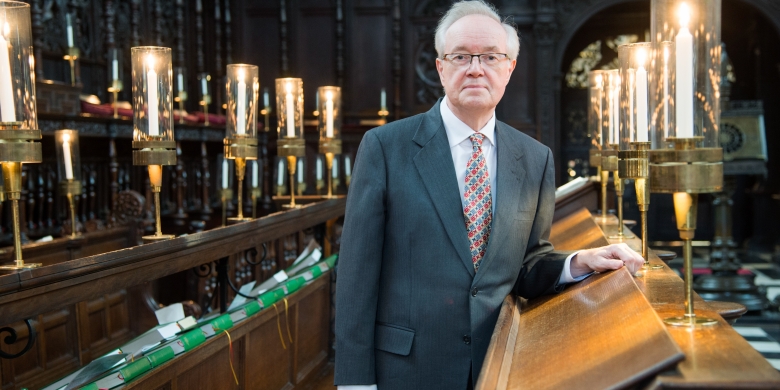 Stephen Cleobury, Director of Music at King’s College and former Organ Scholar at St John’s College (1967-71) has been knighted in the Queen’s Birthday Honours for his services to choral music.

"I am profoundly honoured to have received this award. I have sought to nourish and support the precious choral tradition that we have in this country, and to be an advocate for the innumerable benefits of singing and choral music.” - Stephen Cleobury

David Pountney, renowned opera director and former chorister in the Choir of St John’s (1956-61), received his knighthood for services to opera. David is an Honorary Patron of the Choir Association of St John’s College.

The Choir of St John’s congratulates its alumni on their achievements and services to music.

Recorded on
Listen now
END_OF_DOCUMENT_TOKEN_TO_BE_REPLACED
Nethsingha is his own man and absolutely his own musician, which is why his choir continues to evolve and lead