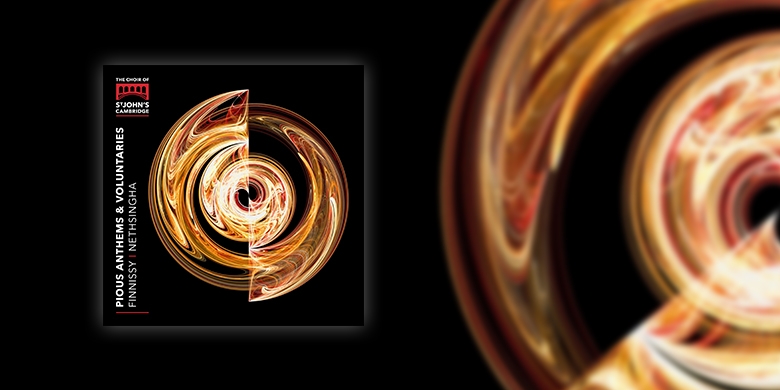 The Choir has released Pious Anthems & Voluntaries, featuring a new nine-part cycle inspired by the architecture of the College and its Chapel, and composed by Michael Finnissy, St John's Composer in Residence 2016-19. The album is available now, and has already been selected in Gramophone's 'Editor's Choice'.

Michael Finnissy's first work for the Choir, John the Baptist, was commissioned for the 2014 Advent Carol Service, and went on to win the British Composer Award for Liturgical Music (now known as the Ivors Awards). The piece was later recorded for the album Christmas with St John's.

Recorded on
Listen now
END_OF_DOCUMENT_TOKEN_TO_BE_REPLACED
Nethsingha is his own man and absolutely his own musician, which is why his choir continues to evolve and lead