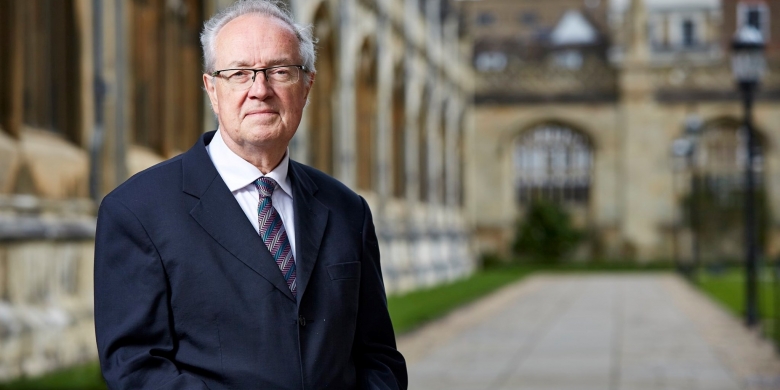 We are saddened to hear of the loss of Sir Stephen Cleobury, Director of Music at King's for 37 years and former St John's Organ Scholar (1967-71).​

After hearing the news, Andrew Nethsingha said: "We at St John’s are deeply saddened to hear of the passing of Sir Stephen Cleobury. He was one of the giants of the choral music world during the past half century.

"Stephen was an inspirational mentor, teacher and friend. I am very grateful for all I learnt from him; I know that many hundreds of others feel the same way. George Guest, former Organist at St John’s, was immensely proud that his Organ Scholar went on to direct the famous choir at King’s. Like George, Stephen was never short of a good anecdote! Stephen’s musical legacy will live on for ever, not least through his extraordinary discography. His dedication to contemporary choral music was second to none. He was much loved and we will miss him greatly.

"We send our condolences to Stephen's wife Emma, to his family, and to his innumerable friends and colleagues at King’s and around the world. May he rest in peace."

Recorded on
Listen now
END_OF_DOCUMENT_TOKEN_TO_BE_REPLACED
Nethsingha is his own man and absolutely his own musician, which is why his choir continues to evolve and lead