A concert tour outside of the UK is always a highlight for the boys and Gents of the Choir of St John’s College, Cambridge. Our first outing for 2019 would be a short tour to Sweden, performing concerts in Örebro, Stockholm and Västerås.

Thank you, concert-goers of Örebro for seeing us at our first concert of our Sweden tour. Today, we visit Stockholm Cathedral, performing our ‘Give Unto the Lord’ programme. @stjohnscam @SJCS_Cambridge #thisisjohns pic.twitter.com/RxUqhn0Jn7

Our tour to Sweden started halfway through the Easter holiday break. The coach journey to London Heathrow would be the first time the boys and Gents had seen each other since Lent Term concluded. After a two-hour flight, we landed in Stockholm. The end of the first day prompted a brief exploration of the city, with the boys having an early supper.

The second day would not officially begin until a late-morning coach trip to Örebro, in the West of the country. This gave the boys time to visit the park and enjoy the free time available. The Organ Scholars, meanwhile, ventured to Örebro at a less convivial hour of the day, so that they could practice the organs at our venue, the Olaus Petri church. 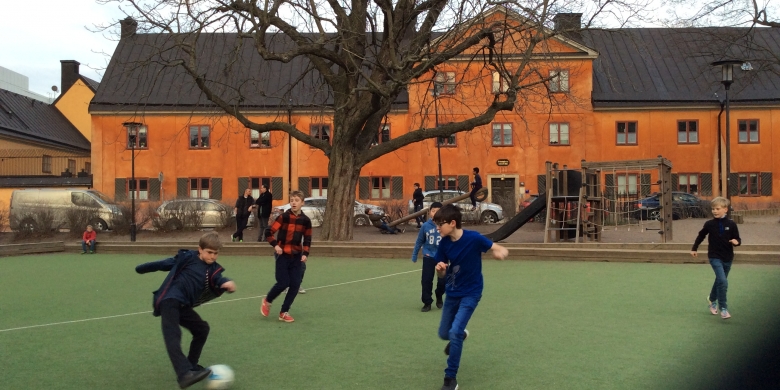 The choristers play football in the park in Stockholm.

The church was adorned with a large banner of the Choir, alongside various posters proclaiming that the concert was “UTSÅLD” (Swedish for “Sold Out”). This concert was a major event in the local calendar. A choral scholar and chorister were interviewed live on Swedish radio, and were asked questions about their lives as singers and where else the Choir would travel to on the tour.

The official title of our concerts is ‘Give Unto the Lord’, after the Elgar work of the same name, exploring the English language in a variety of styles, from Byrd’s Mass in Four Parts to 20th century fare from Jonathan Harvey and Herbert Howells. The Choir received a standing ovation for its performance, after which the encore was Bruckner’s 'Locus Iste' (a good choice for encouraging sales of the Choir’s new recording of the same name!). 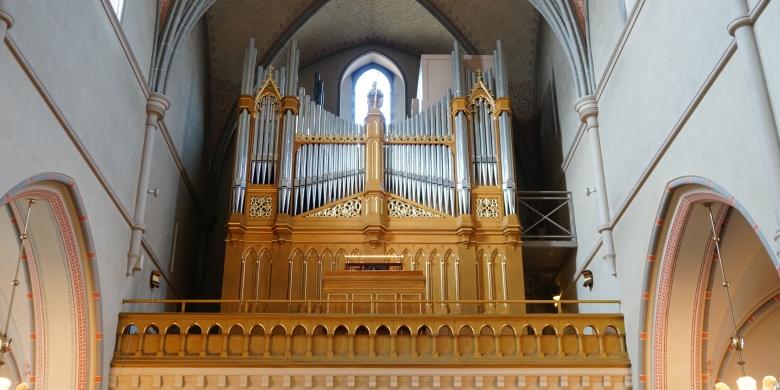 As per tradition, the Choral Scholars performed a second encore as their close-harmony alter ego, The Gentlemen of St John’s. Their arrangement of “Blue Moon” took the audience by complete surprise, once again demonstrating our singers’ ability to perform different musical styles within the same concert.

A post-concert reception called a “mingle” was laid on for the Choir in the Church Hall before the coach back to Stockholm. The following day would see them perform in the glorious venue of Stockholm Cathedral… 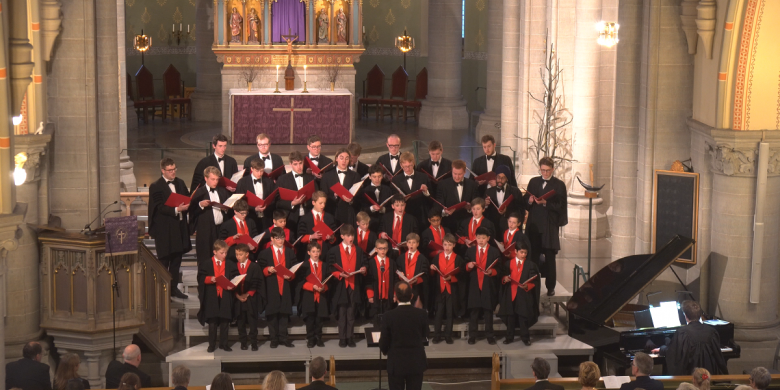 Our second day in Sweden found us enjoying that rarest of things: a concert in the same city we’re staying in. Our Choristers and Gents were able to make the most of Sweden’s historic capital on this sunniest of days.

The Choristers travelled to the Vasa Museum, one of the most visited attractions across Scandinavia. The central feature of the Museum is a gigantic warship called Vasa, perfectly preserved despite having sunk over 300 years ago. The Choristers were really interested to learn from their tour guide life would have been like on the warship, also learning how exactly it came to sink less than an hour into its maiden voyage.

Some of the Gents, meanwhile, had discovered a new means of exploring the city: electric scooters! Like the ‘Boris bikes’ that Londoners would be familiar with, they proved to be one of the more inventive ways for the Gents to travel to the afternoon’s rehearsal. Far more exciting than the average – albeit more reliable – coach journey!

Today’s rehearsal and concert would take place at Stockholm Cathedral, a stone’s throw from the Royal Palace. It is a wonderful space to perform in, and a perfect opportunity for us to add William Walton’s The Twelve to our concert programme. In fact, we learned that it was tradition for choirs to ascend a spiral staircase and sing alongside the organists from the organ loft. After performing the first half of the concert at the East End, the Choir maximised space as best they could around Organ Scholars Glen Dempsey and James Anderson-Besant to sing Walton’s The Twelve and Elgar’s Give Unto the Lord.

A rapturous applause followed, leading to an encore of Bruckner’s Locus Iste and a new encore from the Gents. The warm day we’d enjoyed in the city evidently inspired our back row to perform an arrangement of Surfin’ USA by the Beach Boys.

So, another successful day of our Sweden tour. We understand that the Rev’d of the Cathedral texted the promoter in our next venue in Västerås, letting them know that they had witnessed one of the best Choir concert they’d ever had in the Cathedral. Praise indeed!

Today marks the final concert of the Tour, visiting the Western city of Västerås. Before our journey, however, there was still time for the Choristers to do some last-minute souvenir shopping in Stockholm’s ‘Gamla Stan’ (Old Town), one of the largest and best-preserved medieval centres in Europe.

Upon arrival at Västerås Cathedral for the afternoon rehearsal, it became clear what a special building this was. The interior was filled with superb examples of stained glass and religious art, a truly inspiring place for the Choir to perform its final concert. The size of this interior gave the opportunity to perform some mild ‘choral-ography’, taking advantage of both East and West Ends of the Cathedral.

The concert concluded with another standing ovation, a resounding success to complete our first tour to Sweden for many years. We are grateful to the many Choir and Chorister parents who travelled to the country to see their sons perform, and for supporting the Choir.

Recorded on
Listen now
END_OF_DOCUMENT_TOKEN_TO_BE_REPLACED
The contribution of Andrew Nethsingha and St John's College, Cambridge to the Evensong tradition - both in the chapel and on record - deserves great praise