Sponsor a Minute of Music on our next recording 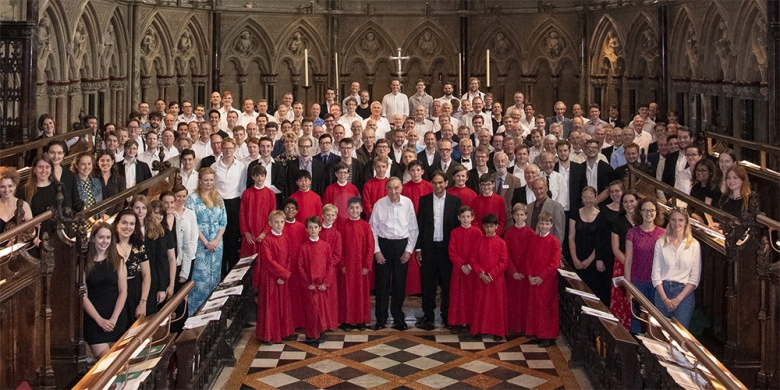 Help us to release a new collection of live recordings

We are planning to release a new album in the autumn entitled ’The Tree’. It will feature music by Parry, Stanford and Elgar - as well as works by Johnians Herbert Howells and Jonathan Harvey. Caroline Marks has already been in touch with many of you about it, because the plan is to include a couple of anthems from the wonderful Choir Reunion Evensong which Christopher Robinson conducted in July 2019. For some of you I suppose it will be the first time for many years that you have sung on a new St John’s recording! It is wonderful listening back to that amazing service, especially considering the dearth of singing in the subsequent couple of years.

The album will also include music from a memorable service which David Hill conducted here a few years ago - a joint Evensong with his Yale Schola Cantorum. The album will be released halfway between Christopher’s 85th birthday and David’s 65th birthday next year. This year is also the 70th anniversary of George Guest taking over the choir, so - naturally - we end the album with a fine Welsh tune! This is a great opportunity to pay tribute to my three immediate predecessors as Director of Music.

The album is taken from live recordings, but there are still production costs involved. It is lovely that many of you have already written in to express enthusiasm for the project; thank you! We are inviting people to sponsor the production costs - '£100 for a minute of music.’ Any donations – even for partial minutes (!) – would be very gratefully received. The booklet will list all singers by voice part, and we will also list the names of all who donate to 'A Minute of Music.’ If you feel able to make a contribution then please contact the Choir Office at choir@joh.cam.ac.uk to let us know. Instructions on how to donate can be found below.

'The Tree’ is the title of a short Harvey piece for trebles and organ. One might think of St John’s College Choir as a tree with big roots and trunk, constantly growing new branches - including all of us! The analogous musical idea is that the album grows from the seed of a single treble line, gradually adding organ, then lower voices, then a second choir, then 150 former choir members. And the final piece will be 500 of us singing the hymn 'Love Divine’ at the end of the July 2019 Evensong. I find it moving to hear all these voices joined together with such feeling, and I hope you will feel the same! 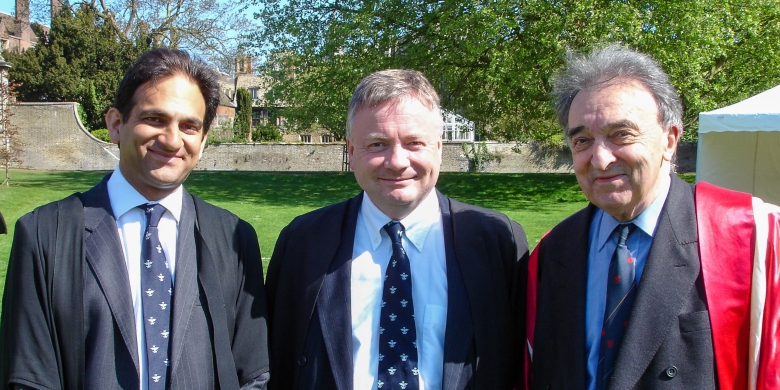 How to support the recording

You can support one minute of music with a gift of £100.

In return, you will:

Donate via the College website. In order to ensure that your donation is correctly allocated to this campaign, please follow the instructions below:

Please contact the Choir Office at choir@joh.cam.ac.uk if you would like to find out how you can support this recording, or the Choir's wider activities.

*unless you would prefer to remain anonymous.